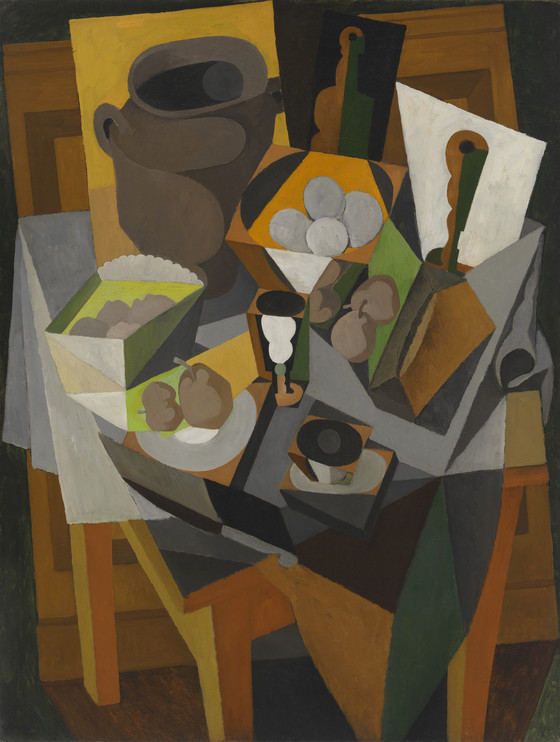 This article, which has been edited for length, appeared in the 10/3/2005 issue of Commonweal magazine. I made reference to part of the interview captured here in my last homily. I am excerpting it for you because I find it beautiful and relevant in light of the escalating conflicts around the eucharist and who should receive it, and also relevant to the Gospels of recent weeks, all of which are focused on the bread of life.

For those who know her, Diekmann’s biographer, Kathleen Hughes, is the sister of Patricia Hughes Baumer, a dear friend of Charis. The full article can be found at https://www.commonwealmagazine.org/mutual-presence. By the way, the theology of the eucharist that “startled” the author is in fact quite mainstream Orthodox Christian theology. I hope you enjoy this. It’s long but very worth the time. While Loxtercamp refers to “Roman Catholics,” as “Ecumenical Catholics” we would adhere to the same theology.

In gratitude for who you are in the world,

Charis
An Ecumenical Catholic Community
http://www.newcatholiccommunity.com
cháris Χάρις khar’ece
Our name means grace, good will, loving-kindness, favor; of the merciful kindness by which God, exerting his holy influence upon souls, turns them to Christ, keeps, strengthens, increases them in Christian faith, knowledge, affection, and kindles them to the exercise of the Christian virtues.

As Roman Catholics, we believe in the real presence of Christ in the Eucharist. The bread and wine do not merely symbolize Christ, nor is their consecration a commemorative act. The Eucharist becomes the whole Christ, truly, really, and substantially contained under the appearances of bread and wine. We take literally the words of Matthew’s Gospel (26:26-28), “Take, eat; this is my body….this is my blood of the covenant, which is poured out for many for the forgiveness of sins”…

[…A]bout ten years ago… I received a curious letter from an aging monk, Godfrey Diekmann, OSB. It began “Dear Cousin,” for he had recently discovered that his mother and I shared the same last name. His handwriting was scratchy but exuberant, and it ran down the margins of the page in multicolored postscripts that continued on the outside of the envelope. Until Fr. Godfrey’s death in 2002, his correspondence provided me with a window on his passions (music, mushrooms, Ethiopian artifacts), his love of the church, and his thorough knowledge of the biblical and theological discoveries that gave rise and expression to the Second Vatican Council.

For sixty-two years, Godfrey taught Patristics at St. John’s Abbey in Collegeville, Minnesota. He was a tireless correspondent, edited the noted journal Worship, and was a leader in the international liturgical movement. He was an ecumenist and a peritus at Vatican II. Hans Küng called him “the most important liturgist in the Anglo-Saxon world,” and Küng considered himself to be in “the best of company” when, like Godfrey, Gustav Weigel, and John Courtney Murray, he was banned from lecturing at the Catholic University of America in 1963.

I visited Godfrey on a snowbound weekend in 1998. At eighty-nine, he was still able to ride Tyr Na Nog (his motorized scooter, named for a horse in Celtic mythology) around the monastery at breakneck speed. After Sunday Mass, we chatted in the guests’ refectory, my tape recorder racing to keep up. For two hours, Godfrey treated me to a whirlwind (he had but one pace) oral history of the liturgical movement that had led to the most visible reforms of Vatican II. It was urgent that I understand this: “The liturgical movement must be remembered — for more than anything else — its recovery of the Pauline doctrine of the mystical body of Christ and all that it implies,” he told me.

Before I left Collegeville, Godfrey handed me a copy of A Monk’s Tale, his authorized biography by Kathleen Hughes. I began reading it on the return flight. It was clear that, as a teacher and theologian, Godfrey had no truck with mere mechanical explanations of God’s grace working through the sacraments. He emphasized that personal faith must intermingle with an action of God, like the Gospel miracles. Expanding on the Council of Trent’s doctrine of transubstantiation-whereby the God-man is truly, really, and substantially present in the Eucharist under the appearances of bread and wine-Godfrey would challenge his students, “What good is it if the bread is changed and we are not?” For me, his question became an epiphany, the starting point for my own fuller understanding of Christ’s presence in the Eucharist. Godfrey challenged me: Do you accept your own participation in God’s divinity? Are you ready to become the food you rise to receive?

Over coffee, Godfrey startled me with his claim that, by virtue of our baptism and belief, we already share in the heavenly banquet. “How do we differ from the Old Testament? We can summarize the whole thing in the words of St. Peter: we are sharers in the divine nature. People sort of brush that aside. But take the words at their face value. Christ said, ‘When you pray, pray thus: Our Father…’ The fact that he himself called God ‘Father’ was a scandal to his fellow Jews. In teaching us to say ‘Our Father,’ he shared that Fatherhood with us. There is the glad tidings: sharing in the divine nature. The whole understanding of Christianity could be summarized in the first century by saying that God became human, and first of the human race, so that all humanity could share in the life of God.”

In his first letter to the Corinthians, St. Paul describes Christ’s relationship to the church in terms of the mystical body of Christ. Through baptism and faith, we are united in Christ, we share in his divinity, and we deserve to be called the sons and daughters of God. In this way, Godfrey said, the mystery of the church is linked to the Paschal mystery: When we receive the body of Christ in the Eucharist, we become the body of Christ (humanly crucified, divinely raised) in order to build up the body of Christ (the church). As Paul noted, “there are many parts but one body, a variety of gifts but always the same spirit, all sorts of service to be done but always to the same Lord” (1 Cor 12:3-11). Jesus is the head of his body, but every person, through baptism and faith, becomes a full member in the eyes of God. And since we are united in Christ, there can be no division in the body. Each part is equally concerned for the others, for if one part is hurt, all parts are hurt with it. It is precisely the weakest parts that are the indispensable ones (see 1 Cor 12:22-26).

Jesus left no formal doctrines, Godfrey remarked, so it remained for his disciples, with the guidance of the Holy Spirit, to interpret and preach the “good news” to all who would hear. Before the church developed a dogma, faith was a matter of committing oneself to the mission of Jesus, to following his “way.” Paul’s letters were among the first recorded documents of the New Testament, written between AD 50 and 65, and they were widely disseminated for the purpose of encouragement, instruction, and correction. Thus, the Pauline analogy of the mystical body became the central ecclesiology (understanding of “church”) in the first centuries of Christianity.

The modern church’s return to this Pauline doctrine was gradual. It was aided by a growing concern for biblical exegesis and the teachings of the early fathers, by the liturgical movement, and the support of popes Pius X and XII. The Second Vatican Council made it the foundation of its reforms. The aggiornamento (bringing up-to-date) of Pope John XXIII and the documents of Vatican II were “radical” in so far as they returned our attention to the life of the apostolic church and the earliest understandings of Christ, his mission, and our continuing role in it.

What is implied in the council’s understanding of the mystical body of Christ? We hear it hotly debated at Vatican II, especially during discussions on the schema De ecclesia. In the council’s first session, Bishop Emile de Smedt of Bruges, Belgium, decried the modern church’s triumphalism, clericalism, and legalism. The church does not consist of a pyramid of people, priests, and pope, de Smedt insisted. Rather, the church is essentially the people of God, and in them are to be found the rights and obligations of the mystical body. The church’s mission is a continuation of Christ’s: to serve rather than to be served. (The popes of the Second Vatican Council, and Pope Benedict XVI in his inaugural homily, all describe themselves as “servants of the servants of God.”) If the church is to earn the world’s regard as a nurturing mother, hierarchy must come to be seen as a ministry of service rather than as a governing body. These notions found wide expression in the documents of Vatican II.

The gift of Vatican II, Godfrey told me, was more than the rotation of the altar or exchanging Latin for the vernacular. Paramount was that the church once again put Christ at its center. And this in turn reordered our relationship to one another and to our “separated brethren.” Words like collegiality, subsidiarity, and discernment came into common parlance; concern for ecumenism, pastoral care, and religious freedom (through the primacy of human conscience) became our Catholic heritage.

The Constitution on the Sacred Liturgy (December 4, 1963) described the Eucharist as the source and summit of Christian life. It called on pastors to realize that when Mass is celebrated, something more is required than mere adherence to laws and norms. It insisted that “the faithful should be led to full, conscious, and active participation in liturgical celebrations, which is demanded by the very nature of the liturgy, and to which the Christian people, ‘a chosen race, a royal priesthood, a holy nation, a redeemed people’ (1 Peter 2:9, 4-5) have a right and obligation by reason of their baptism.” This consideration would trump all others as the church set about to restore and promote the sacred liturgy…

I must look totally toward Christ, allowing myself to be transformed by him, even to be burned by his enveloping fire. But precisely for this reason, I must always keep clearly in mind that in this way he unites me organically with every other person receiving him-with the one next to me, whom I may not like very much; but also with those far away, in Asia, Africa, America, or in any other place. Becoming one with them, I must learn to open myself toward them and to involve myself with their situations. This is the proof of the authenticity of my love for Christ.

…The spiritual apex, the essential gift of the Mass is the Eucharist. It is our refuge, not a battleground; it was given to gather sinners, not condemn them. While Christ promised to be present in the liturgy and offers himself as our food for eternal life, there is only one real presence in doubt: our own. If we are not willing to welcome Christ and “become” him in today’s world, then Fr. Godfrey’s challenge, to our peril, remains unmet: “What good is it if the bread is changed and we are not?”